Folks have been lighting up my inbox with questions and comments about an Advisor Perspectives pieceby Michael Edesess (link included for the three of you who may not have seen the piece … you three may also not be aware that Miley Cyrus appeared on the MTV Video Music Awards … link not included).

The article is critical of DFA’s recent work on profitability. I’ll focus most of my comments on the contents of Edesess’s section entitled “How the DFA argument is flawed.”

One point the article fails to mention is that Eugene Fama, Ken French and DFA are not alone on an island researching profitability. While Fama and French have no doubt made significant contributions in several peer-reviewed journal articles dating back to 2006, the most important piece on the topic was arguably done by professor Robert Novy-Marx at the University of Rochester in a Journal of Financial Economicsarticle entitled “The Other Side of Value: The Gross Profitability Premium.” Professor Novy-Marx has no association with DFA. The empirical side of the work that Dimensional has recently done is simply confirming Novy-Marx’s findings (and to some extent, confirming elements of Benjamin Graham andWarren Buffett’s approaches to investing).

Bigger picture, I think it’s also relevant to note how infrequently papers submitted to journals such as theJournal of Financial Economics are actually published. For that particular journal, which also contained the 2006 Fama and French piece, approximately 10 percent of submissions are published. So, if a piece is published in this journal or journals of similar quality, it has undergone an extremely rigorous process. Further, articles published in these types of journals have led to innovations in thinking and understanding of financial markets that have undoubtedly led to better investment practices.

I’m confident that both Fama and French are well aware that financial research isn’t the scientific equivalent of physics. The vast majority of the work that both are famous for is empirical and not theoretical in nature. In that empirical realm, they use the most advanced method available: out-of-sample tests. If you find that a strategy has worked in one market historically (e.g., the U.S. stock market) but not in another market (e.g., the international stock market), then your original finding could be bogus and a result of data mining. If you find the same result in both places, then your original finding may have merit.

However, Fama and French and others at DFA would also freely admit that no amount of empirical or theoretical work (or out-of-sample tests) can guarantee that the future returns of any strategy will look like past returns. There is a limit to what financial research can show, and I’ve heard both acknowledge that limit. The fact that there is a limit, however, doesn’t mean that financial research by Fama and French and others is of no value (or destroys value).

On the theoretical side, they would also be the first to say that theory isn’t reality and that theory can never fully describe reality. We can posit, for example, why a size premium or value premium might exist, but we have no way of confirming whether those explanations are 100 percent accurate or even 50 percent accurate. Again, this doesn’t mean theoretical models are a complete waste of time. It simply means there are natural limits as to what they can tell us.

Now, let’s move specifically to Edesess’s critiques and questions about the profitability work. He states:“Of course, just as the price of a bond or stock changes as the expected income stream changes, the price in Fama and French’s model cannot be fixed — not in the real world — as expected future earnings change.”

This statement is basically the entire basis for Edesess’s critique as he argues that all of DFA’s analysis that follows is based upon a flimsy model, essentially making the case that it’s unreasonable to construct a model where profitability is positively related with stock returns. What he misses here is that both practitioners and academics have long suspected there could be a link between profitability and stock returns. This quote from Benjamin Graham in 1973 is included in a working paper by Novy-Marx:

According to Graham, an equity investor should “… apply a set of standards to each [stock] purchase, to make sure that he obtains (1) a minimum of quality in the past performance and current financial position of the company, and also (2) a minimum of quantity in terms of earnings and assets per dollar of price.”

You don’t have to read too deeply to realize that Graham is basically saying investors should purchase stocks at relatively low valuations (i.e., value stocks) with attractive earnings potential (i.e., profitable stocks). In my mind, it’s impossible to argue that any area where both Graham and Fama and French (not to mention Novy-Marx) explored or are exploring is flimsy work or thinking.

Now, Edesess could argue that the positive link between profitability and stock returns in U.S., international and emerging markets is simply a coincidence, unlikely to repeat again (maybe this is what he is hinting at with his stock versus long-term bonds analogy), or some other reasoning.

You can’t, however, critique the entirety of DFA’s work by arguing that Fama and French’s theoretical model is absurd when multiple other researchers and practitioners have suggested the profitability and returns linkage and that result is confirmed by the data.

Edesess also states: “However, in another article by Jay D. Franklin and Mark Hebner of Index Fund Advisors, an advisory firm that uses DFA funds, they show a premium for the high-profitability portfolio of only about half a percent.”

Edesess then wonders why this result is different from the roughly 5 percent advantage documented by DFA’s Gerard O’Reilly and Savina Rizova in a separate piece. The explanation for this is relatively straightforward. O’Reilly and Rizova are calculating the difference in returns of a portfolio of high profitability stocks compared with a portfolio of low profitability stocks. From 1975–2012, this return difference was about 5 percent per year.

On the first count, I’m sympathetic. No one can really know exactly why more profitable stocks have outperformed less profitable stocks and whether they will continue to do so with certainty. Could it be that more profitable stocks earn higher returns because higher profits tend to encourage competitors to enter the same business, and the market is pricing in a return premium for this risk? Or could it be that this is a behavioral phenomenon? Relating back to the limits of financial research, we may never know the answer, and this is why financial research has to rely so heavily on empirical findings and testing those findings on other data periods and other samples of data.

On the second count, DFA shows that current profitability is significantly positively related to profitability at least seven years out. I’m not sure how Edesess would define long term, but it seems like seven years would certainly qualify.

Jared Kizer is the director of investment strategy for the BAM ALLIANCE. See our disclosures page for more information. Follow him on Twitter.
Jared Kizer2019-05-06T17:27:29+00:00Sep 2013|Equities|

FYI put this together to catalogue all the possible shapes of this recovery. 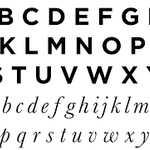 Old enough to remember Bloomberg could’ve given everyone a million.

Reply on TwitterRetweet on TwitterLike on Twitter3Twitter
Load More...