This data shows that the value premium has been significantly larger in small stocks than large stocks in both regions. Recently, I’ve seen a handful of articles positing that this may, indeed, be a result that is true only on paper and not in the real world. These arguments often follow similar reasoning: The premia are larger on paper in small stocks compared to large stocks but may not be after transactions costs. Since this issue is easy to examine, I decided to take a look using long-run returns data for a handful of Dimensional Fund Advisors (DFA) equity strategies specifically designed to capture the value premia in U.S. and international developed large-cap and small-cap stocks. (Full disclosure: My firm, Buckingham Strategic Wealth, recommends Dimensional funds in constructing client portfolios, though neither of the two funds referenced in this article.)

Table 2 lends support to the notion that small-cap value funds that are explicitly built to efficiently capture the value premium may indeed be able to capture the larger value premium that tends to exist in small stocks without returning all of the on-paper premium to transactions costs. I would be remiss not to note, though, that the U.S. results aren’t statistically significant, while the international results approach statistical significance. I would argue that, even for the U.S., this result is likely a function of a relatively short time horizon (240 months) for statistical significance tests of financial market data. Regardless, I believe Table 2 provides significant evidence that the larger on-paper value premium in small stocks should not be dismissed as only an on-paper result.

While Table 2 is convincing, it still leaves the question of whether the additional returns earned by the respective small-cap value funds are correlated with the additional returns of the value premium in small stocks compared to large stocks. While it would be unusual, the return differences in columns 1 and 3 could be random (or could be fully explained by other variables, like the equity and size premia) and not correlated with the larger value premia in small stocks. Luckily, this is easily testable through regression analysis. Table 3 reports the results of regressing the monthly return difference of each of the two fund comparisons on the equity, size and difference in the value premium in small stocks relative to large stocks. As above, this analysis uses 20 years of monthly returns history ending April 2018.

We see that the size premium does, indeed, explain some of the variation in the monthly return difference, but the value premium in small stocks compared to large (the HML* column) does as well. This provides strong supporting evidence that a primary reason for the higher monthly returns of the small-cap value funds compared to the large-cap value funds is directly attributable to capturing a portion of the higher value premium in small stocks versus large stocks.

In total, the above results should largely put to rest the question of whether efficiently managed small-cap value strategies can — net of fund expenses and trading costs — capture the potentially larger value premium in small stocks compared to large stocks.

BREAKING: This is the RV that exploded on 2nd Ave N this morning. It arrived on 2nd Ave at 1:22 a.m. Have you seen this vehicle in our area or do you have information about it? Please contact us via Crime Stoppers at 615-742-7463 or online via https://t.co/dVGS7o0m4v. @ATFHQ 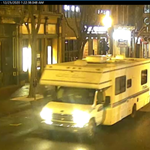 Reply on TwitterRetweet on TwitterLike on Twitter1Twitter
Load More...