Investors and advisors alike are curious about the implications of a potentially inverted yield curve and stock market performance. This is not something I’ve examined previously, so this was a chance to take advantage of the Sack yield curve data set maintained by the Fed. As far as I know, this is the best (and maybe only) data source for zero-coupon yields on U.S. Treasuries. The data set goes back to 1961 providing a long-term data set to count instances of an inverted U.S. Treasury curve and then compute U.S. stock market returns from that point into the future.

Using this data set, I calculated the yield spread between five-year zero-coupon bonds and two-year zero-coupon bonds as my measure of yield curve steepness. When this measure is positive, it means yields on five-year bonds are higher than two-year bonds and vice versa. The normal state of affairs is, of course, that this spread (I’ll call it the “2s5s spread”) is positive. A positive spread is an indication that the market expects either interest rates to be higher in the future, an expected reward for investors who are willing to take interest-rate risk or some combination of the two. An inverted yield curve has the opposite interpretation and is also believed to be an indicator that the fixed income market believes there’s a strong possibility of a recession. The idea behind this (though I’m simplifying it a bit) is that if the fixed income market believes rates will be lower in the future, it probably indicates that the fixed income market expects economic growth to be lower in the future as well (and potentially even negative at some point).

With this approach, I captured a total of nine dates when the 2s5s spread was negative. These dates are:

How might the above apply to a yield curve inversion in 2018 or beyond? First, it tells us that yield curve inversions do not pre-ordain poor equity returns. This is what I expected because it would be unusual for any indicator to be that reliable. Second, to re-emphasize a point from the prior paragraph, it shows that the MKT premium has — on average — still been positive. Again, this is what I expected. Third, we’d want to know how relevant each of those nine historical periods are for today. What comes to mind here is thinking about U.S. stock market valuation at each of those points in time and how that might have also influenced the results we see in Table 1.

While this is a small sample, Table 2 shows that there has been a negative relationship between the Shiller P/E and subsequent five-year MKT premium returns for the nine inverted yield curve dates. With the small sample size (and my general belief that market timing is a fool’s errand), I certainly wouldn’t recommend trading on the above. However, it does suggest — as one would expect — that other context matters, not simply whether the yield curve is inverted or not. It also suggests that investors would be wise to have globally diversified stock allocations, not concentrating only in U.S. equities where valuations are well above the long-term average, and stick to a targeted allocation that makes sense in the context of a long-term plan and the risks an investor is comfortable taking.

By clicking on any of the links above, you acknowledge that they are solely for your convenience, and do not necessarily imply any affiliations, sponsorships, endorsements or representations whatsoever by us regarding third-party Web sites. We are not responsible for the content, availability or privacy policies of these sites, and shall not be responsible or liable for any information, opinions, advice, products or services available on or through them.

The opinions expressed by featured authors are their own and may not accurately reflect those of the BAM ALLIANCE. This article is for general information only and is not intended to serve as specific financial, accounting or tax advice. 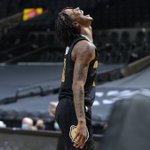